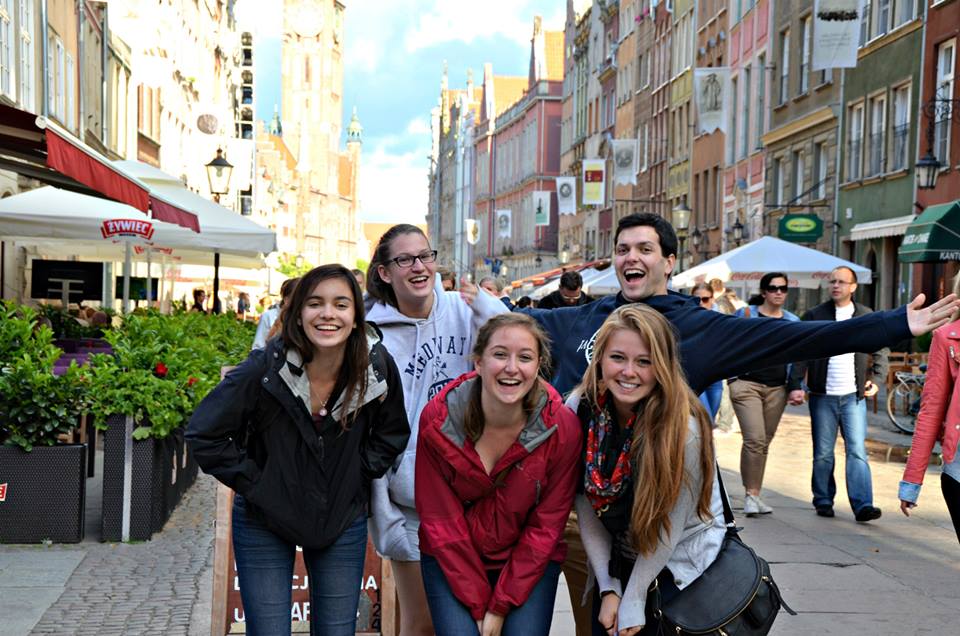 Throughout your academic career you interact with people who had experiences studying abroad. They tell you about their adventures overseas, the ethnic cuisines they sampled, the beautiful architecture of foreign cities they saw, and the interesting locals they befriended. When they talk there is a certain expression on their faces, one of joyful remembrance and of confidence. They seem so ethereal and cultured from their immersion into other parts of the world. They are Study Abroad Veterans. What makes you so different from them? You yourself want to learn about a different culture, become fluent in another language, and explore unique places outside of your own country.

And so, you come to a turning point in your life. Now you must make one of the most important decisions that you ever will. You debate with yourself and your personal goals, your family and friends, your finances and job, and even your academic institution. Everyone has their own opinion on the topic highlighting a positive or negative stance. After much consideration, you resolve yourself to the chosen outcome. You, yes, you, are going to study abroad.

Shortly after reaching a conclusion, the complexity of this choice settles upon you. Where will you go? What organization should you study through? What sorts of legal documents will you need to fill out? How much does this venture cost? Should you be competent in the host country’s language? These concerns and more overwhelm the excitement of your choice. You feel afloat in a turbulent sea with no one to help you brave the waves. Suddenly, like a life jacket thrown to you, you remember the staff at the Office of Study Abroad at your university. These knowledgeable persons help to steer your vessel through the process leading up to your own departure.

Also, being the smart person that you are, you do not limit yourself to just the information of the Office of Study Abroad. You seek out the aforementioned study abroad veterans and ask for their input on certain topics. These students are repositories of beneficial knowledge, and they are more than happy to share their advice with study abroad newcomers.

Why did veteran study abroad students choose particular destinations to go to?

Many study abroad goers had a preexisting interest in a certain country or culture. Others proceeded with excursions hosted by their academic major or that fulfilled graduation requirements. Some students wished to test their grasp of a second language, and they sought out a country of native speakers to immerse themselves in.

How did they make their selection from the large number of programs and universities offering study abroad?

Students picked certain criteria, such as major, affordability, course credits and financial aid, to narrow their search by. They met with their university’s Office of Study Abroad, the foreign country’s representatives, financial aid officers, and their program heads to gather information. These proactive students even researched possible overseas locations on their own to gauge what area would meet their goals.

What challenges did former study abroad students face in the process of leading up to their departure?

While preparing for their journey, these students sometimes encountered challenges. Such instances included being attracted to multiple countries, fear of the language barrier and culture shock, and sparse communication between the representatives of their study abroad destination and themselves. Deadlines, program limitations of time and place, and the filing of necessary paperwork contributed to these students’ stress levels as well.

What helped them to overcome these challenges?

The resourceful students did not allow the stress of the process to detract from their enthusiasm. They reminded themselves of all the positive things they planned to accomplish and encounter abroad. The students took it upon themselves to do additional research, ask questions, schedule advising appointments, and double check the completion of important documents. They realized it was their responsibility to be as prepared for their new environment as possible.

While the students stayed in their host countries, what was the best part of their experiences?

The students agreed that the immersion into the culture of their respective host country was the best aspect of being abroad. They partook in local customs, adapted to the transportation systems of their environment, and participated in travel events orchestrated by their program as well as striking out on individual sightseeing. Some had a chance to refine their grasp of a second language by interacting with native speakers. These students met not only locals of their host country but fellow travelers from around the world. They exchanged cross-cultural ideas, forged strong friendships, and acted as ambassadors for their homeland.

What was the worst experience of being abroad?

Most students felt lonely, displaced, and confused the first week or two after their arrival into their host country. They contended with culture shock, a lack of a support network, and the strangeness of an unknown environment. Some even had the extra hindrance of the language barrier to contend with. During this early stage of studying abroad, these students second-guessed their original commitment to the experience. However, this sense of being lost and uncertain faded as the weeks progressed, and the students acclimated very well to their surroundings. In the end, the excitement of the occasion and all of the fantastic opportunities open to the students helped them to overcome the strangeness of their locations and their own newness.

Did the students have any issues with the laws of the host country while abroad?

None of the students spoken to encountered problems with the laws of their host countries, and issues in general tended to be rare. Program leaders accompanying students abroad usually advised them if matters arose. Otherwise, the students turned to their homeland’s consulate in that region or representatives of the host campus for assistance. Theft, they admitted, was a concern as tourists are prime targets for pickpockets and gangs of thieves. They cautioned that the surest way to protect valuables and themselves was to be aware of surroundings and to explore in a group. The veterans recommended reading up on the laws and practices of a destination before departure. Respecting the country and its people tied in with acknowledging and abiding by the rules of the land.

Did the students receive medical treatment during their period overseas?

Most students never stepped into an overseas hospital and remained healthy during their stays. However, they familiarized themselves with the emergency numbers of their host countries and the location of the nearest medical facilities, brought legal over-the-counter medications and First-Aid kits from home, and secured acceptable international health insurance. They followed guidelines given to them by their program leaders and host countries’ representatives about food and water sanitation. Before leaving most students received immunization shots to protect against the contraction of certain diseases, such as malaria. These veterans also investigated the possible health risks associated with their host country.

These veteran travelers offer you some final advice. They caution you that you will likely feel culture shock and loneliness at the beginning of your stay. Everyone experiences this, and the veterans encourage you to get involved as soon as possible with the culture, people, and customs of your host country. This helps to alleviate the stress of isolation and build a rapport with locals and fellow study abroad goers. They recommend that you to say “yes” to everything, including doing activities, eating foods, and taking trips you normally would not. They advocate open-mindedness, respect for the individual, and carrying yourself in a manner which reflects positively upon your home country. The duration of your visit will pass quickly, and so photographs, blog entries, souvenirs, and journals are great reminders of your time overseas. Try not to pack anymore items than you need, since excess luggage can further complicate already lengthy international and local travel. Most importantly, enjoy yourself while abroad!

This advice arms you as a member of the next generation of students with a compass to pilot the waters of studying abroad. A sparkling, vast ocean of prospects lies ahead of you. Take the challenge and set out upon your own voyage!