When I was a senior in high school, my French class teacher had a brilliant idea for us to participate in an international penpal exchange. All we had to do was sign up and a company did all the rest. As soon as I found out my penpal was an Irish guy from Northern Ireland, I was a little disappointed. After all, I was studying French! However, my disappointment soon faded after we started corresponding. I wrote a handwritten letter right away. Impatient, I wrote another one. Then, I waited and wondered if he’d ever write me back.

Finally, I received my first seven-page letter from him, with apologies for the late reply. He mentioned how his name “Connor” is an old Irish name derived from King Connor of Ireland. He said that if he were to trace his roots back, maybe he could find that he was a Scottish solitaire (Lord) but thought chances were slim. He said he was proud of his homeland despite its chronic political position and civil unrest. It was exciting to learn more about our differences and similarities. 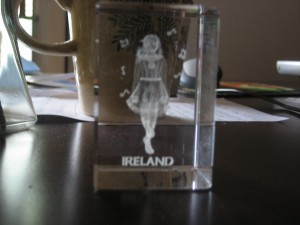 I pictured Ireland dotted with cottages, vast green hills, and pastures flowing with sheep and castles. He thought my idea of his homeland was a bit “wide of the mark” and I understand now what he meant. Of course, some rural parts of Ireland are still romantic but Northern Ireland, the industrial giant of the United Kingdom from 1940-1975, took a different turn. Belfast, the capital, is a booming ship-building culture and the ill-fated Titanic was built and launched all within a 3/4ths drive from my pen pal’s house.

He explained how cars in his country are much smaller and the petrol (gas) is much more expensive. American football is his “soccer” which is also called football. We were the same age, both seventeen and preparing to go to college. He had attended an all-boys academy and told me the girl’s academy was about to merge with the boy’s academy and become one. He said that the schooling in the U.K. is very different from the schooling in the U.S. Schools in Northern Ireland are the highest achieving in the U.K. and quite easily, the world. While I was studying a variety of diverse subjects from languages to college-prep English, Connor was studying more focused courses like advanced math, physics, and geography. He may not have been French but he said he was a great linguist in French and German. Clearly he was extremely educated and very bright! 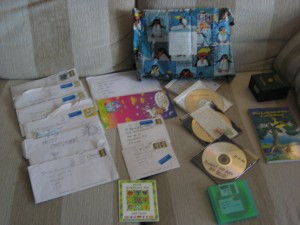 Letters, packages, CDs, and gifts that I have kept over my penpal exchange

Summer was just approaching and he told me that he was going to be spending five days in Paris. He explained that it’s great being a part of Europe with easy access to different countries and cultures. He explained that Gaelic is a dying language and wrote in one of his letters: “C’ead Mile Failte” which means “One hundred thousand welcomes.”

I received another seven-page letter the following month with a photo. Ironically, he had no idea that I was his pen-friend but was glad to know me. He answered all my questions from his favorite color to his favorite food as well as his pet peeves. He was intrigued with the country of Japan because of the technology and trendiness of the country. He had big opinions of Americans and how “we” were viewed. He and I had a lot in common so it was easy to write out letter after letter of everything and anything. He had an incredible sense of humor that when reading his letters I would actually laugh out loud to his jokes. To this day, he still makes me laugh.

He had a long list of questions for me to answer from the weather, my favorite books and authors, to hopes and dreams and many others.  I learned so much about Connor and his country. I never realized that Northern Ireland was part of Great Britain and The Republic of Ireland, also known as “The Emerald Isle” , was independent. Two Irelands? He carried two passports and was both Irish and British. Connor clued me in quickly to how things were done in his country from the currency he used to even how he talked; using words like “Brilliant” or “Bloke” was fascinating to me. I had no idea what a bloke was until I started talking to him. How he wrote words  with an extra letter in them (for example: humour instead of humor) or dates ( 13 July 2011 instead of July 13, 2011) was interesting, too.

More letters came each month telling me new things about Connor. He was about to take a trip to Canada to see relatives. I couldn’t get over how much this guy traveled and all the time. It was really neat to write letters and receive them and learn about somebody who lived across the world. His views about the world and life itself were intriguing, more focused and intellectual than your typical teenager.  I learned so much. We bounced ideas off one another. He introduced me to Skype and our first telephone conversation was over Christmas that first year. His accent was so thick and a bit hard to understand but I eventually got used to it after talking on Skype and the telephone more often. 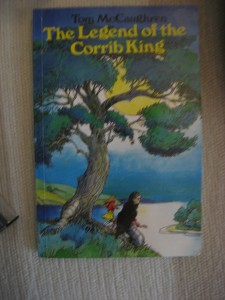 When we went off to college, we both started using email more. He went to Bristol University in England and I went to a university in South Carolina. Interesting,  by spring, we both transferred to different universities. I received a Christmas package from him with a ten-page letter, a package of wildflower seeds, and some music he burned to a few CDs and disks. On birthdays we both sent cards, chocolates, and gifts to each other. One of my favorite gifts was a fairytale book called: “The Legend of the Corrib King” by Tom McCaughren.  Even though we both spoke and wrote English, our lives, our cultures, everything was still different and yet, the same. The occasional phone calls and Skype-dates happened only when we had time. Sometimes, we would chat on MSN and now, the social media site, Facebook.

I always wanted to study abroad and chose Italy for the semester of 2007. Connor and I made plans to visit each other over the end of Christmas that year to bring in the New Year. So my last stop was Dublin, where he was living and working, before returning to the States from my semester-long study abroad adventure. After hundreds of emails and regular chatting on MSN and Skype, we finally met each other in a café’ in the heart of central Dublin. My friend Karin came to visit me and I brought her along. Connor was so nice and charming. He made a terrific tour guide and took us to Trinity College where the famed Book of Kells are kept, to the Guinness Brewery, enchanting castles and nice restaurants, and many other sites. We had a terrific week together. I felt like I knew him all my life and meeting him was no big deal. I gained not only a pen-friend, but a best friend. We told each other everything and never ran out of things to talk about. It was clear that our friendship was a strong one and we both valued its authenticity.

It’s now over eight years later and we still talk often, utilizing social media tools like Facebook, MSN, Skype and every once and a while, sending an occasional handwritten note or card. Visiting each other was a memorable moment for us and we still reflect on that week. Connor and I talk about everything from school, family, and even our relationships. It’s interesting just how different we are in terms of our cultures, customs, and beliefs and yet how similar we are in other ways. 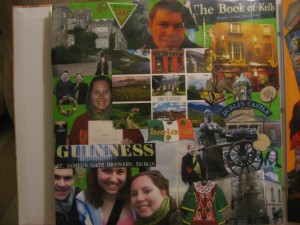 A scrapbook page I made of my Irish adventure, meeting my penpal

Having an international penpal is a learning experience that you can’t get anywhere else, and it’s fun, too. Gaining knowledge about different cultures and the world will only set you apart from your peers. Having these close connections will break down ethnocentricity and help you learn new things about other concepts and ideas that you may not have considered otherwise. Many schools are connecting classrooms abroad and utilizing email, Skype, and even handwritten letters bring classrooms and continents together to collaborate and learn about each other’s lives and cultures.

The benefits of having an international penpal are many:

* You can discover new languages, ideas, cultures, customs, and ways of living

* You get surprised about how passionate you become to traveling abroad

* It’s relatively inexpensive. Aside from sending letters and packages or making the long trip abroad, email and Skype can be used to communicate for free.

There are many websites that can help you find  just the right person(s) from various countries abroad. No matter if you’re in elementary school, high school, college, an educator, or just a person who’d like to learn about the people and the world around us, these are great tools to get the ball rolling.