Before you go abroad, it is important to know the unspoken rules within the customs and culture. Most of the time, we don’t think twice about what we’re doing, let alone how it might be offensive. If you knew that direct eye contact was aggressive and rude, then by all means, you would avoid it. If you had known that putting your feet on a chair would have resulted in someone spitting on your shoes, then you would have kept them on the floor.

Unspoken rules usually revolve around etiquette and protocol, which can carry severe unspoken consequences when violated. We all live by unspoken rules and we’re all learning new rules everyday. When we enter a new job, school, church, etc. there are rules to learn that nobody can articulate; they just know. You have to observe carefully and sometimes make mistakes before you learn the rules and can socially manage yourself in the environment.

While I can give you some general ideas about what not to do abroad that you would normally do at home, you’ll need to learn the specifics from the materials you read about your host country and culture. Normally, people from other cultures will excuse our errors, because they know we are ignorant of their ways. It is when errors are not recognized within the context of culture that they can send unintended messages to our hosts. 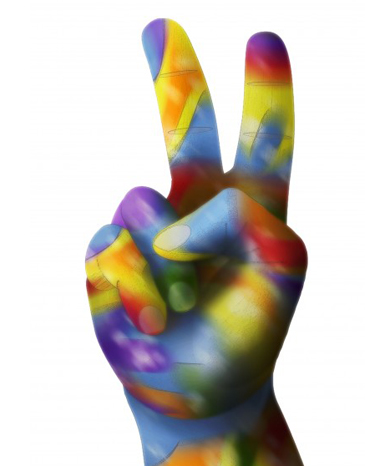 r’s character changes. He seems irritated with you and has more rigid expectations. What do you think might be going on? Well, you called him by his first name, and your doing so has inadvertently communicated that you do not respect and honor him as one should his professor.

Presentation – Be careful about what you wear. For example, wearing shorts in a church could be considered disrespectful. Wearing flip-flops, sweat pants, a t-shirt, and baseball cap is like wearing an orange sign that says “I’m an American… look at me…whoopee, yippee!”

Manners – Be careful about your table manners and how you conduct yourself at meals. For example, in East Asia you should NOT finish everything on your plate. In Belgium, you should never put your hands under the table. Be respectful of people. Ask locals before taking pictures of them.

Gestures – Before you go, learn the different gestures. It’s especially important to know the lewd gestures, so that you don’t inadvertently swallow your shoe. The PEACE sign or the A-OKAY sign may be quite vulgar in some countries! Shaking your head “No” can mean, “Yes, I hear you” in Asia.

Body Language – Be careful about your body language. If you’re visiting an African authority figure, don’t cross your legs in front of him (a sure sign of disrespect). The way we bow or shake hands may speak volumes about our character.

Touching – In some countries such as China, any kind of public affection (including hugs and kisses) is considered rude and inappropriate. Be careful about how you greet people and say goodbye when you depart. Think twice about hugging.

Personal Space – In some countries, personal space is much less than in the US, and people stand and sit very close to each other. While you may feel invaded, know it is a part of the culture. Italians and Spaniards often use less personal space.

For more about unspoken rules in study abroad, see the following resources.

Culture Matters Workbook – Developed by the Peace Corps to help new Volunteers acquire the knowledge and skills to work successfully and respectfully in other cultures.